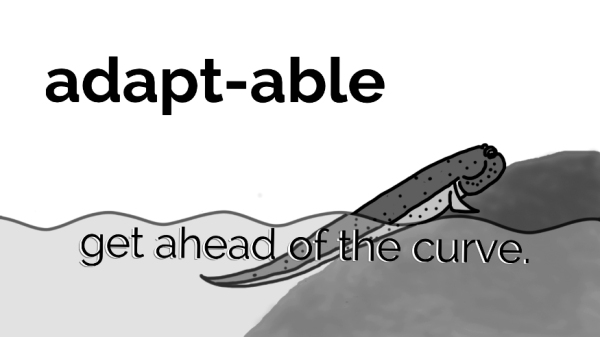 Conformity, compliance and obedience are a set of adaptive social behaviours that one makes use of to get by in daily social activities. They are all some form of social influence, which causes a change in a particular person or group’s behaviour, attitude and/or feelings (Cialdini, 2000, 2006). Various forms of social influence have been used for a variety of reasons; sometimes to help individuals stray from harmful behaviour such as smoking; other times [not as altruistic as the latter] to sway customer decisions towards consumerism. Such changes in behaviour require systematic approaches that can be in the shape of direct personal requests; or more subtle and elaborate commercials and political campaigns. Direct efforts geared at changing another’s overt behaviour require persuasion; and are often described as compliance [seeking compliance]; which involves specific requests that are answerable by simple answers such as “Yes”, “No” or “Maybe”. Other behavioural etiquettes sometimes require the impact of a set of rules, such as [formally] speed signs, or [informally] public space rules [staring at strangers is seen as inappropriate]; this type of influence is known as conformity, which is generally believed to be an integral part of social life. Obedience as a form of social influence tends to take a more straightforward [abrupt] approach as it involves direct orders or commands from a superior. 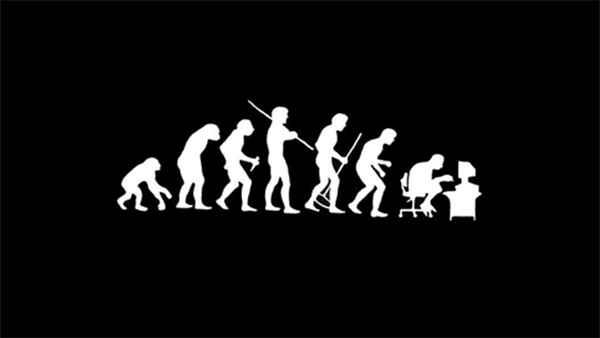 Conformity: Pressure to behave in ways deemed acceptable (by who & why?)

Conformity which is an integral part of social life and could be defined as the pressure to behave in ways that are viewed as acceptable [appropriate] by a particular group [peer or cultural]. The rules that cause people to conform are known as social norms, and have a major influence on our behaviour. When the norms are clear and distinct we can expect to conform more and when not clear, it generally leads the way for less conformity and uncertainty. An effective example of norms explicitly stated was seen in Setter, Brownlee, & Sanders (2011) where percentages were left on the bill for tipping guidance; what was observed is the positive effect it had on customers, making them tip. However, whether social norms are implicit, formal or informal, most individuals who chose to embrace social reality tend to follow the rules most of the time.

While some might argue that conformity takes away a lot of social freedom from the individual; the other perspective sees conformity as an important agent in the proper functioning of society [supposed no one obeyed road laws, chaos would spread across cities worldwide]. Furthermore, many people choose to comply to look good to others and make a positive impression even if their true self do not agree with conforming, similarly to Hewlin (2009) where many employees adopted the “facades of conformity” and although found it unpleasant – thought of it as necessary for career progress – conformity for many is seen as tactic of self-presentation. Yet, many individuals are unaware of the amount of conformity they show, and would rather see themselves as an independent who is less susceptible to conformity (Pronin, Berger, and Molouki, 2007). Individuals generally choose to conform primarily because most individual have the desire to be liked and one way of achieving this is to agree and behave like others [contradictions might not lead to acceptance]. Secondly, the desire to be right – to have a reliable understanding of the social world (Deutsch & Gerard, 1955; Insko 1985) leads most to go with the values of others in who might be described as a group of individuals chosen to be a guide in partial identity. However, while conformity serves as a guide, it can also hamper evolution and innovation as critical analysis is not likely to thrive where most individuals seem to follow a pre-programmed behavioural patterns that have been established centuries ago. Therefore a fair balance in thought and application seems to remain the best line of thought when dealing with conformity [think, analyse & evaluate].

Thinkers: Not Everyone Conforms Blindly As an Increasing Number of Individuals Now Think Independently

Somehow, not everybody conforms, many individuals and groups are able to withstand conforming pressures as shown in Reicher and Haslam (2006) BBC prison study. Power was found to be a factor that acts as a shield against conformity (Keltner, Gruenfeld, and Anderson, 2003); it was found that restrictions that influence the thought, expression and behaviour of most people do not seem to apply to people in power [leaders, CEOs, politicians, etc] with the reasons being the fact that these people are generally less dependent on others for social resources; pay less attention to threats; and are less likely to consider the perspective of other people. Griskevicius, Goldstein, Mortensen, Cialdini, and Kenrick (2006)’s study supported the reasoning that when humans desire to attract desirable mates, both sexes tend to conform to gender stereotypes – here the male would usually not conform to everyday social rules [but indirectly conform to gender stereotype]. Finally, many human beings refuse to conform due to their desire to be unique – when their uniqueness feels threatened, they tend to actively resist conformity (Imhoff and Erb, 2009).

Compliance is a form of conformity, however, unlike the latter it involves a request for others to answer with a “yes”. While conformity attempts to alter people’s behaviour in order to match their desire to be liked and to be right; compliance is usually aimed at a gain, and to achieve it one would need compliance from others. One technique used to gain compliance is an impression management, ingratiation; which involves getting others to like us in order to increase the chance of making them comply to our requests (Jones, 1964; Liden & Mitchell). Gordon (1996) suggested 2 techniques that work, flattery and promotion.

Another powerful means is “incidental similarity” where attention is called onto small and slightly surprising similarities between them and ourselves (Burger, Messian, Patel, del Pardo, and Anderson, 2004). While Conformity consisted mainly in gaining acceptance and trust, compliance is more focussed on getting to an end. A technique used to get compliance, is the “Foot-in-the-door” technique which involves inducing target people with a small request [once they agree], only to make a larger one, the one we wanted all along (Freedman & Fraser, 1966) – it relies on the principles of consistency [once said yes, more likely to say yes again]. Another technique known as the “Lowball Procedure” rests on the principle of commitment where a deal is proposed, only to be modified once the target person accepts – the initial commitment makes it harder to turn down.

The “Door-in-the-face” technique involves a large request, only to fall on a smaller one after refusal; this was proven to be efficient by Gueguen (2003). The “That’s-not-all-technique” was also confirmed to work by Burger (1986), a technique based on reciprocity involving enhancing the deal before the target person has the time to respond to an initial request. Another great technique, based on scarcity, is the “Playing-hard-to-get” technique which – as the name goes – is a behaviour used towards the target who would be assumed to pick up hints over the user’s high demand [romantically]. Lastly, many professionals use the “Fast approaching deadline technique” to boost their sales and rush people in on the pretext of limited time sales prices.

Obedience: The Most Direct Route

Obedience is less frequent that conformity or compliance as most people tend to avoid it, being one of the most direct ways of influencing the behaviour of others in specific ways. Many prefer to exert influence in less obvious ways, through requests instead of direct orders (e.g. Yuki & Falbe, 1991). While obedience can help organise workforce, it is also known for its dark nature of blinding people into performing atrocious acts by eliminating the sense of guilt through assuming that they were only “following orders”; atrocities related were seen in Milgram’s experiment; which is also one of the main similarities with conformity and compliance, in that the process in all three can blind an individual towards unethical behaviour. Destructive obedience has been observed throughout history for situational pressures pushed people into atrocious acts; for example having one’s responsibility relieved by another plays a major role in encouraging destructive obedience. Those is commanding positions often have uniforms and badges which can sometimes push individuals to obey without questioning. Similarly to compliance, the Foot-in-door used by authority figures and the fast pace of events happening can sometimes leave the individual with little time for reflection, thus leading to destructive obedience.

Deutsch, M., & Gerard, H. B (1955). A study of normative and informational social influences upon individual judgement. Journal of Abnormal and Social Psychology, 51, 629 – 636

Gordon, R. A. (1996). Impact of ingratiation in judgements and evaluations: A meta-analytic investigation. Journal of Personality & Social Psychology, 71, 54 – 70

Gueguen, N (2003). Fund-raising on the Web: The effect of an electronic door-in-the-face technique in compliance to a request. CyberPsychology & Behaviour, 2, 189 – 193

Pronin, E., Berger, J., & Molouki, S. (2007). Alone in a crowd of sheep: Asymmetric perceptions of conformity and their roots in an introspection illusion. Journal of Personality and Social Psychology, 43, 585 – 595

While the aim of the community at dpurb.com has  been & will always be to focus on a modern & progressive culture, human progress, scientific research, philosophical advancement & a future in harmony with our natural environment; the tireless efforts in researching & providing our valued audience the latest & finest information in various fields unfortunately takes its toll on our very human admins, who along with the time sacrificed & the pleasure of contributing in advancing our world through sensitive discussions & progressive ideas, have to deal with the stresses that test even the toughest of minds. Your valued support would ensure our work remains at its standards and remind our admins that their efforts are appreciated while also allowing you to take pride in our journey towards an enlightened human civilization. Your support would benefit a cause that focuses on mankind, current & future generations.

Thank you once again for your time.

Please feel free to support us by considering a donation.

dpurb.com, launched in 2012 by the independent Franco-British intellectual Danny J. D’Purb, is a hub hosting sensibly curated data/facts, academic essays with scientific (empirical/quantitative) literature and musings over the vision of sensible concepts of psychological (mind) & philosophical (ethical) advancement, with a particular focus on the environmental (ecological/psycho-social) creativity of the human organism, innovation & discussions relating to the definition & enhancement of the “human experience” in the face of obsolete political methods of managing modern society to develop the human organism (at its full potential) & its lacklustre abilities in embracing our constantly evolving scientific discoveries, civilisation, ecosystem, requirements/needs & planet.